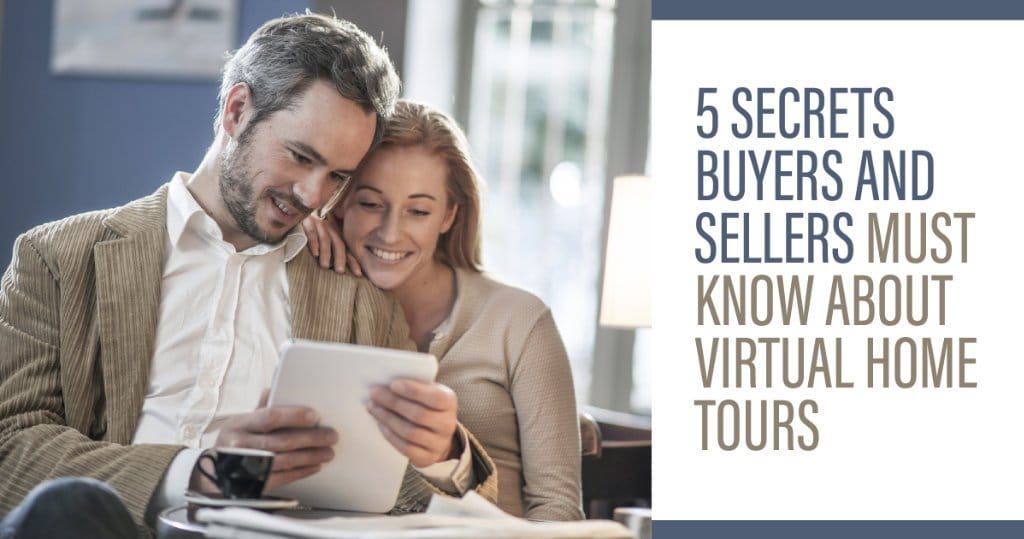 For years now, virtual home tours have helped real estate buyers far and wide find the perfect home. From long-distance military personnel being relocated, to investors expanding their portfolio, to homeowners looking for a vacation getaway, this technology makes finding a house that’s a bit out of driving distance much easier. And for real estate agents, virtual tours have been a useful way to help buyers with their home search and to assist sellers in creatively marketing their listings.

Because of the pandemic, virtual home showing options recently experienced a huge spike in popularity. One survey found that nearly 33% of recent home tour requests were for virtual tours, as compared to just 2% pre-pandemic.1 And it’s easy to see why.

Buyers want to quickly find their next safe haven, one that may need to serve as their office, gym, and even classroom for months to come. And sellers want to limit the number of strangers in their home, yet still have the ability to reach enough potential buyers to get the best offer on their property.

Virtual home tours are the popular thing right now, but that doesn’t automatically mean they’re the only option for your homebuying or selling experience. In this post, we’ll reveal five important secrets behind the virtual real estate scene. Read on to learn how they impact today’s home buyers and sellers.

Lots of real estate professionals who had never used virtual tours before were forced to quickly adapt when the pandemic struck. Because of restrictions on time and resources, not everyone is able to create what would have been deemed a “virtual tour” last year. So instead, we’ve expanded the definition of the phrase by creating innovative new ways to show homes while keeping our clients safe and socially-distanced. Here are some terms you might come across as you explore homes with virtual tours.

Traditional virtual tours use 360° Photos, which are images that allow you to see all angles of a space. These are what allow virtual tour viewers to look up, down, and all around the interior and exterior shots of a home. Using a software program, 360° photos can be stitched together to create a digital model that looks like a dollhouse. This is called a 3D Tour. Sometimes agents will also add Virtual Staging, which decorates rooms with digital furniture and accents like wallpaper or paint.

Traditional virtual tours allow you to click to move from room to room in the home, but Online

Walkthroughs feature the actual action of walking around. Either the seller or the agent (depending on factors such as time and safety requirements) will create a video by holding their camera or smartphone and simply moving through the home.

Online Walkthroughs can be filmed in advance or happen live. If they are live, they can also be referred to as Virtual Showings or Online Open Houses. A Virtual Showing is often a scheduled, one-on-one event that mimics an in-person tour of the home, in which the agent and viewer start at the exterior and move their way through the property. If your agent offers to FaceTime or Skype you from a home you’re interested in, for example, that would be a type of Virtual Showing. In contrast, an Online Open House is more freeform, allowing more viewers to pop in and out of a group video call on apps such as Facebook or Zoom. 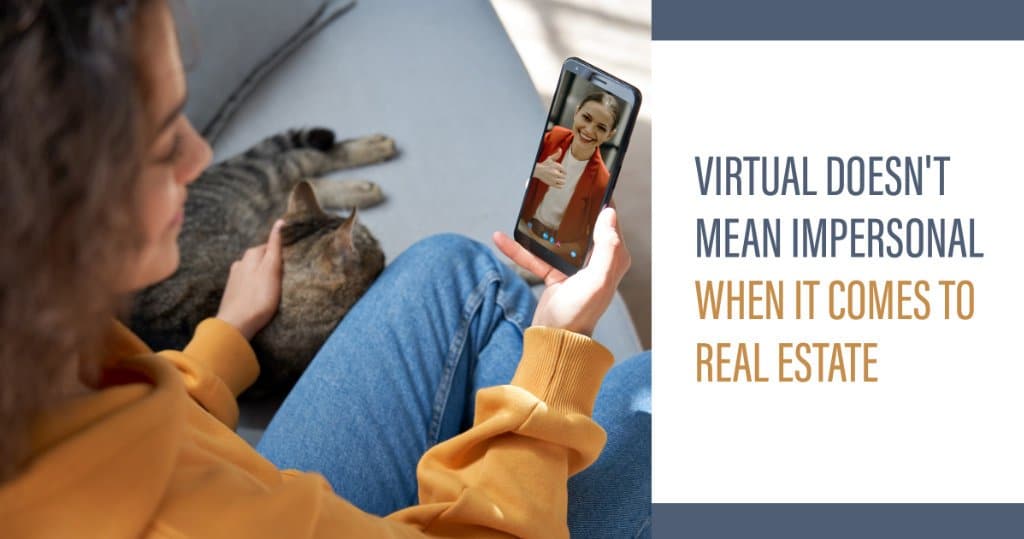 All these styles of virtual tours showcase the property’s details better than static photos ever could. But for a purchase as intimate as your next home, details like a new refrigerator or the size of the master closet aren’t the only deciding factors. Luckily, virtual tours are exceptional tools for personal connection.

As a prospective buyer, virtual tours give you a feel for the property, inside and out, so you can easily picture yourself in the space and decide if the home’s flow and features work for your lifestyle. Live video walkthroughs with the real estate agent will give you insights on those crucial non-visual aspects, like creaky floors, super-fast internet speed, and neighborhood dynamics. Plus, you’ll be able to ask questions and get an insider’s perspective on what’s so great about the home.

For sellers, if your agent recommends using a virtual tour to market your home, you could attract more buyers.2 And you can be sure that those interested buyers are still getting the upclose and personal look inside your home that will inspire their strongest offers.

Even as government restrictions begin to ease in some areas, virtual tours are still recommended as a safer way to buy and sell real estate.3 Buyers don’t have to worry about exposure to anyone who previously visited the property, and sellers cut down on the foot traffic in their home. Some data even suggest that virtual tours keep agents safer as well, since they’re hosting fewer in-person showings and open houses.4

But despite the variety of virtual tours available, some buyers will still need to visit a home themselves in order to feel confident enough to submit an offer. In this situation, listing agents and sellers will work together to come up with a procedure that ensures everyone feels safe and comfortable. Some recommendations include requiring interested buyers to present a prequalification letter, conducting tours only by appointment and with essential parties, and asking buyers to self-disclose whether they have COVID-19 or exhibit any symptoms.3

The day of the in-person tour, agents might ask buyers to remain in their vehicle until they arrive at the property, and to wear protective gear such as face coverings and gloves. Many will provide hand sanitizer and will ask buyers to refrain from touching any surfaces in the home. Instead, the agent (or seller, prior to the buyers’ arrival) will turn on lights, open doors, and pull back curtains. Then, after everyone has left, the agent will return the home to its original state and disinfect it as needed.3

Secret #5: Virtual May Not Always Be the Right Choice

Creating, editing, uploading, and marketing virtual tours for a listing can be pricey. Packages through popular 3D imaging platforms like Matterport and Immoviewers can cost hundreds of dollars on their own.6 Virtual staging will further bloat a listing’s marketing budget, and then there’s the advertising dollars needed. Even seemingly inexpensive options like video call walkthroughs still require time and energy on behalf of both the seller and agent.

These costs mean that a full virtual tour package might not always be the right choice for sellers. When you talk to your agent about marketing your home, it may be that an elaborate virtual tour, showing, and open house just don’t make sense. It could be that your potential buyers may not resonate with that type of marketing, that the investment-to-return ratio isn’t in your favor, or that there are more effective ways to get your listing seen by qualified buyers.

Buyers, you may notice that some listings within your search parameters don’t offer virtual tours. That’s because those for-sale homes might not have needed a full virtual marketing package to entice buyers to submit offers, or those homes are better marketed through more traditional tactics. Don’t close the door on your dream home because it doesn’t have virtual events and features. Stay open-minded so you can consider the wealth of home options that fit your lifestyle, needs, and budget.

Are Virtual Home Tours in Your Future?

As technology develops, it will become easier and cheaper to create virtual tours. Coupled with the high demand for them, this means that virtual tour options are likely not only here to stay, but will continue to grow into a common addition to listings.

If buying or selling a home is on your mind, we’d be happy to discuss how virtual tours can play a part in your real estate experience. Reach out to us today for help finding local homes for sale that have virtual tours, or to chat about if adding a virtual tour to your upcoming listing is the right fit.

It's March, and we're especially excited that it's

With the number of listings at a record low in Dec

🐂Happy Lunar New Year! Take a look at our colle